The last Fantastic Quilt Voyage project that I have yet to share with you is for Ara Jane. She wanted blocks with a city or urban theme.

I think we are on track with that request so far. The colors she chose are soothing to me, and I loved working with pieced scraps along with a few new cuts of fabric for my blocks.

I imagined this to be a sidewalk or walkway (the purple/navy striped section). It was fun to consider these blocks from an aerial view. 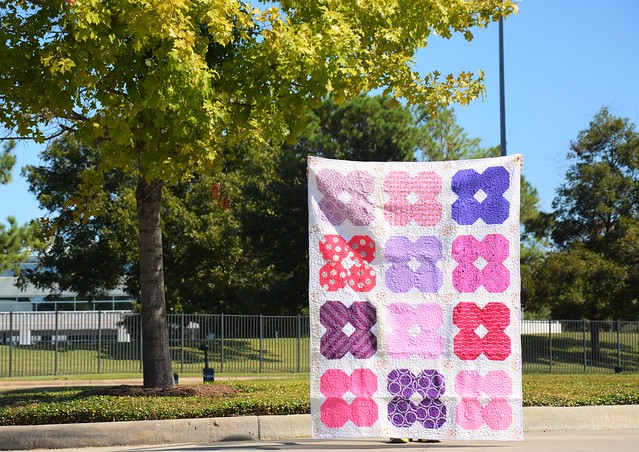 Here's another recently finished quilt. I feel like that is a really casual description when finishing a quilt takes a lot of work. This is Florette, and I enjoyed every step of the process. The large snowball blocks were great for featuring fun prints. 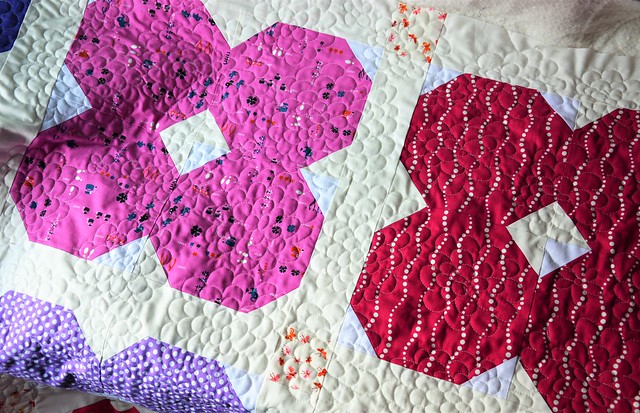 And I got to brush off my very dusty free-motion quilting skills with some floral quilting. It seemed like a good choice, and I really got into the groove of it on this twin-sized lovely. The pattern is Jeni's Florette and it comes together pretty quickly and is available in many sizes. 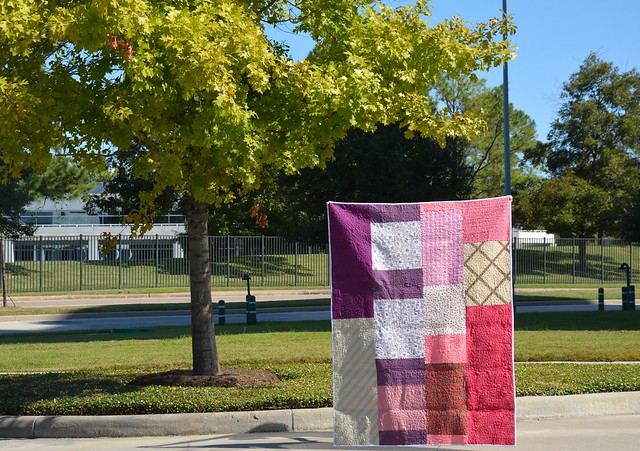 The backside. I do love a good quilt back, and I used several large scraps in the making of this back.

I made a list of my in-progress quilting projects last week, and it was an entire page long. Hopefully, I can cross off several more items before the end of the year!

Last week, I shared two quilt projects in-progress, and I have one finish to share with you today! 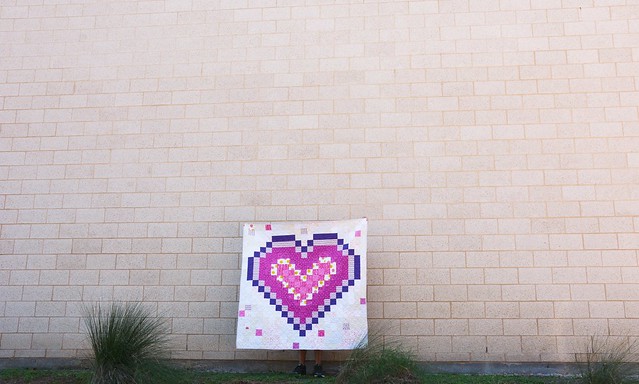 With Love finished at 63" square, and features the happiest pixelated heart. The pattern is from Quilt Now, Issue 1, by Katy Jones. I chose lots of favorite pink and purple fabrics, with a low volume background. 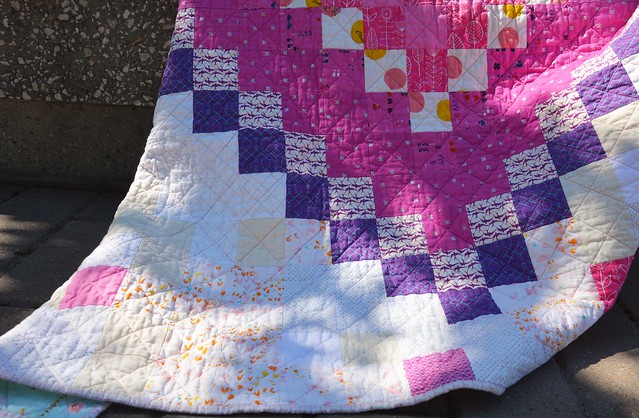 I quilted it simply in a crosshatch design. 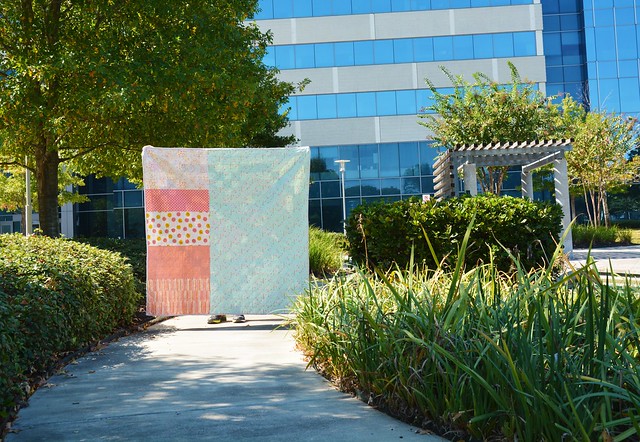 For the back, I used a large cut of mint Brambleberry Ridge and several soft corals. 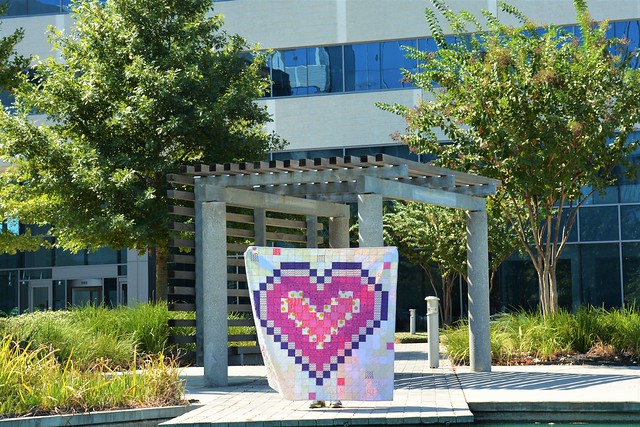 This was a fun quilt to make, and I love the finish.

Looking over my ravelry page, I haven't finished many projects this year. I can say that I love each project I've finished, and the desire to knit hasn't faded, after eight years. And I'm still learning new things, which is thrilling. For instance, I learned brioche this year. 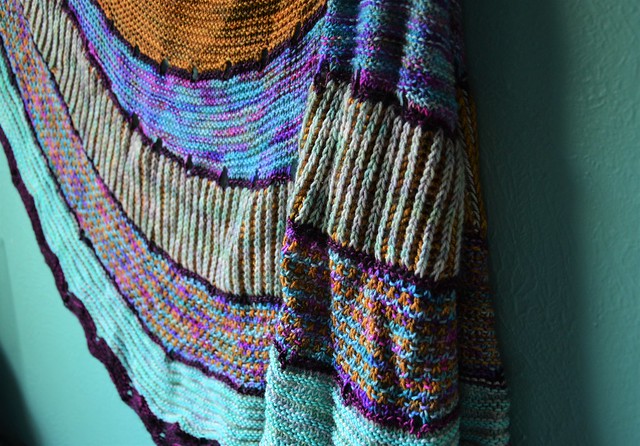 As part of exploration station, I used lots of treasured yarns and that brioche section is my favorite part. It was challenging at first, but now I'd love to knit a project entirely in brioche stitch. 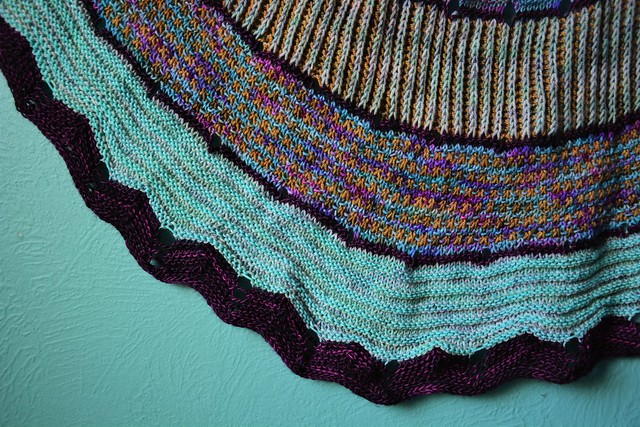 This shawl is giant, and I still haven't managed to get modeled photos (but we do still have pretty warm temperatures here in Houston).

I also just learned how to make a pom pom. I've tried once before, but this time I used the Clover tool (a gift from Amber), and now I want to pom pom everything.

Finally, I made a second Iz cowl, by Andi Satterlund. 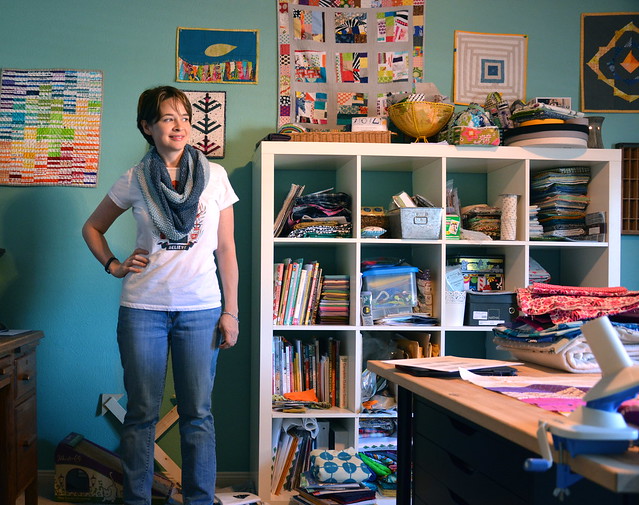 This is such a great squishy cowl and I wear the first one I made as often as possible in appropriate weather.

So yeah, that's the latest finishes in knitting. I'm working on another pompom hat now, so I'll share that soon!

This week, I'm working on quilting (some free-motion, which I haven't done in awhile!) this top: 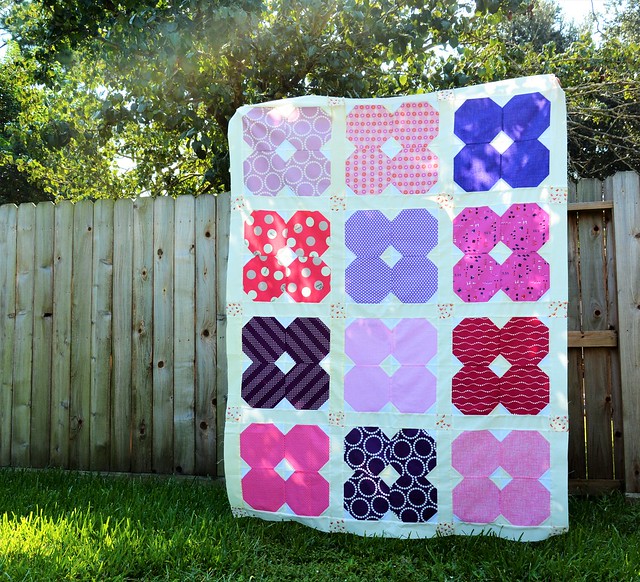 It's Jeni's Florette pattern, which is a great pattern that works up quickly and lets large prints shine. I'm quilting it with clusters of flowers, and while time-consuming, I think it will bring lots of depth to the pattern. 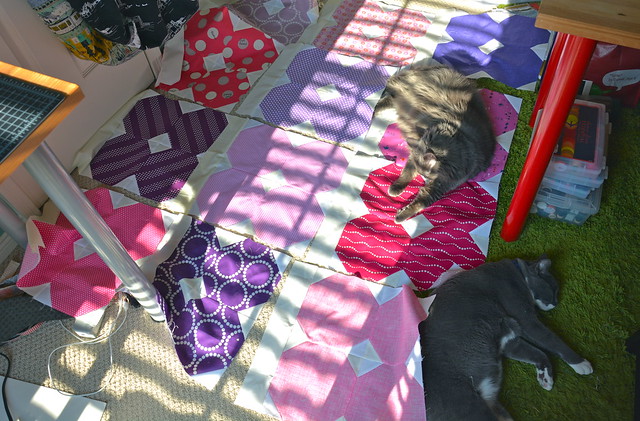 Here's a progress shot, mostly so you can see cats. 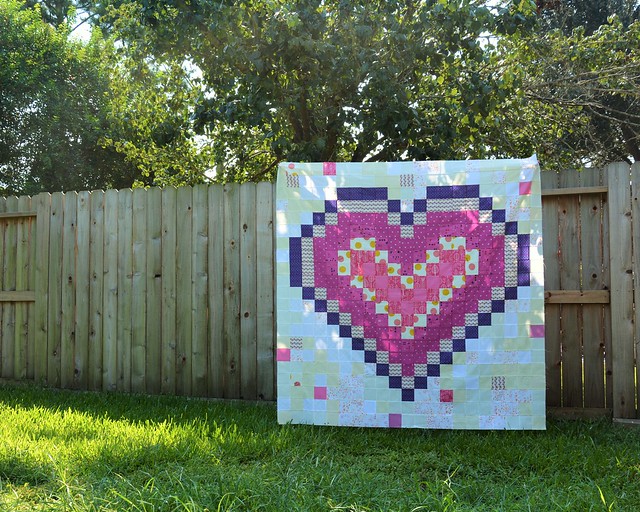 It's the Rapture quilt by Katy Jones, in Issue 1 of Quilt Now.

As soon as I finish quilting Florette, I have three quilts to bind. I don't normally wait to bind a quilt once it's quilted (because for me, binding is the best part!). But soon, binding and some sort of Netflix marathon will be on the agenda.

You may already know about Heather's newest project, Citizens of Textile. If not, in short, it's a small marketplace of handmade goods and fiber love. It's only available one weekend a month, with a few artists featured each month.

And I'm a lucky duck who is included in the October offerings! Tomorrow (Friday), at 5 pm PST, you can find a few of my handmades, as well as loads of gorgeous hand-dyed yarns. Also included this month, is Splendor Falls. She has made some amazing woven pouches!

Speaking of weaving, two of my woven scarves will be available in the sale this weekend.

My Oceanic scarf, which I love so much. The colors are just my favorite, and it's so soft and fine!

There's also this Rosy Mariposa scarf, woven from some treasured handspun from an old friend and some Malabrigo Worsted. 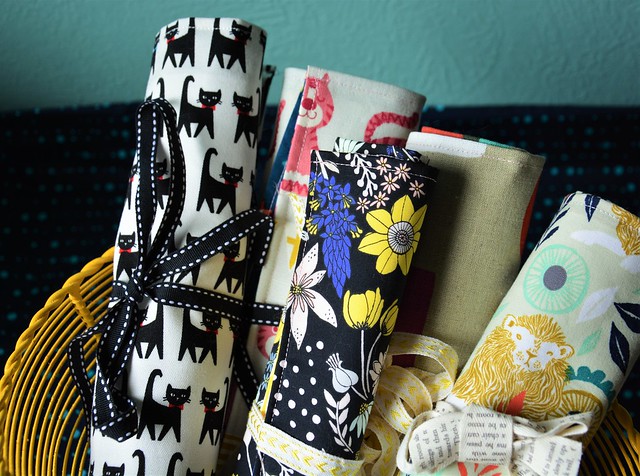 I also made a handful of needle rolls, using my pal Amanda's pattern.

Lastly, you can find a few of my quilted pillows, of the Halloween and Autumn varieties!