I have sewing progress, but today, let's talk about knitting. You may remember this first pair of toast mitts from a couple of years ago. Well, I found a way to use up the handspun leftovers, spun by the fabulous Aquaknits (where, oh where did she go?).

First, back in June, I knit this striped hat, with the handspun and some Malabrigo Worsted.

I used a little more to knit this Little Scallops hat (I will be making another one of these. Somebody, have a baby!). I also finished a pair of socks, which I need to photograph, and my newest WIP is the Serpentine Hat, which I am really enjoying.

It feels good to have a few knit finishes. I started knitting in 2007, and it has taken a back seat to sewing in the past few years. I still love it, though.

After letting Nordika sit in my stash for a month or so, I finally decided how I wanted to use it.
Nearly a year ago, Natalie shared a tutorial for wonky pinwheels, and asked our do. Good Stitches group to make blocks. I truly could not get them out of my head, and knew that I eventually wanted to make a quilt from them.

I finished a few things recently, and felt it was time to get started.

I combined Jeni's lovely Nordika with some stashed prints, as well as a mixed gray background. 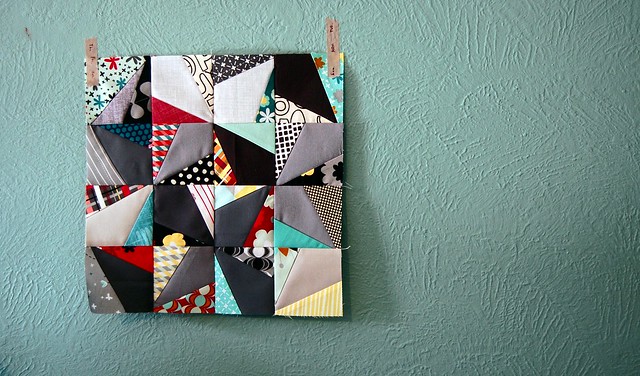 I will get lots of crafting time this weekend, and I plan to work on the wonky pinwheels, as well as this and this. 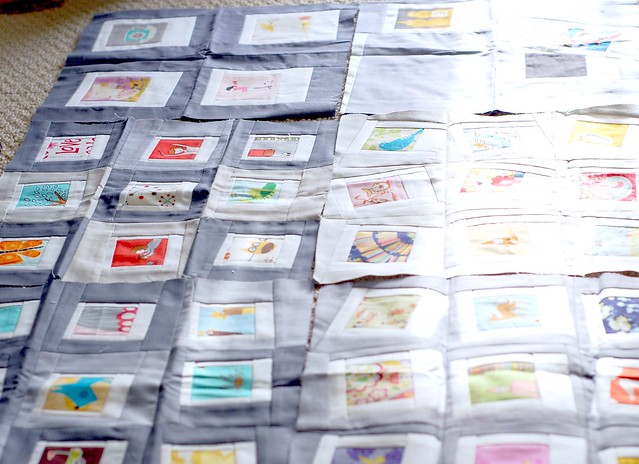 More than a year in the making.
I first blogged about this quilt in May of last year, after receiving most of my blocks from the Wonky Bee.

First inspired by a few online examples, and a tutorial found here, I was so excited for an eclectic quilt made by my friends in the bee. 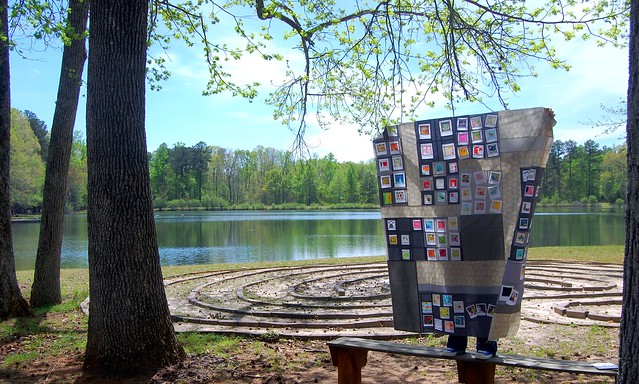 This past April, I finally managed to finish the top at the Stash Bash. I don't know why it took me so long, but I really love how it turned out. I basted it shortly thereafter, but again, stalled out before quilting. 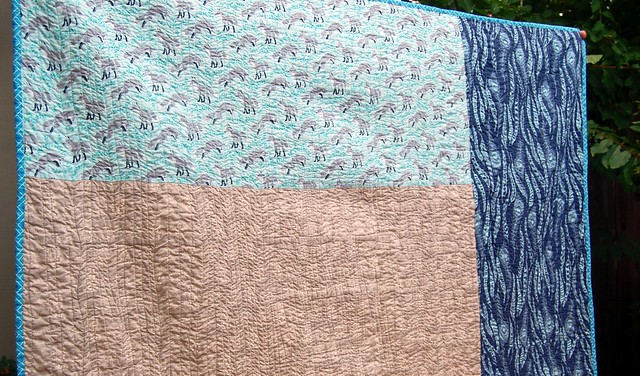 After several FMQ finishes, I was happy to return to a meandering line quilting, mostly straight, with a few waves here and there. It's fairly densely quilted, too, which I love.
The crinkle is so so good.
Never gets old. 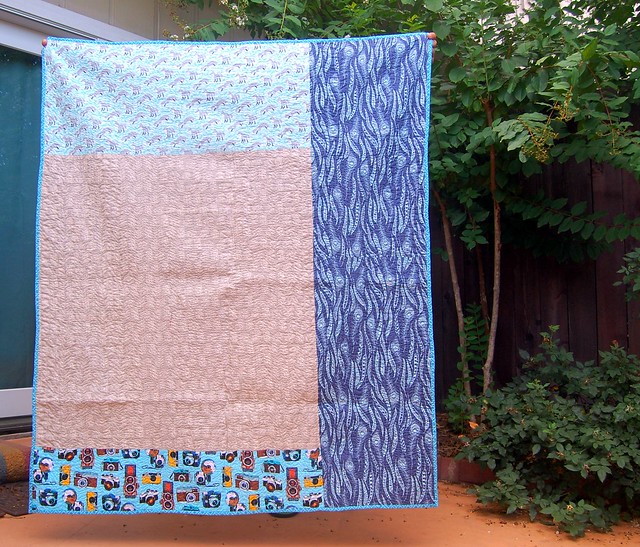 I backed it in several favorite prints in cool colors. 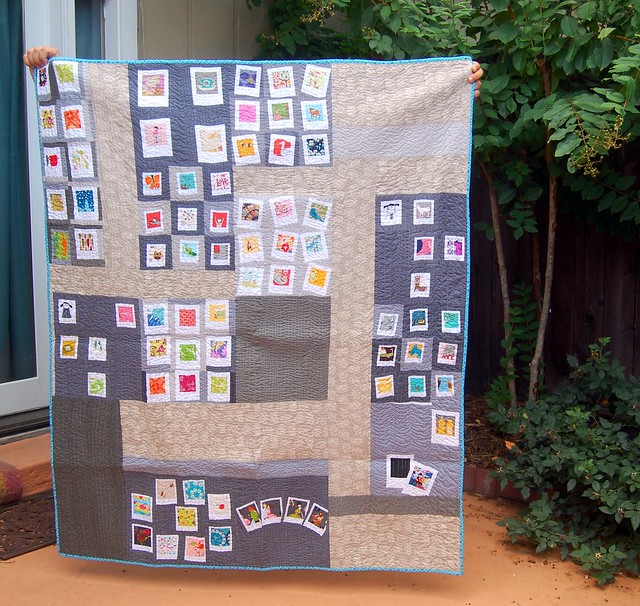 I considered giving this one away, but I just can't bear to do so. Each block makes me think of my bee girls: Amanda, Jessica, Melissa, Nicke, and Sara.

And so, my quilt stack is growing.