FO: A Tribute to Alice 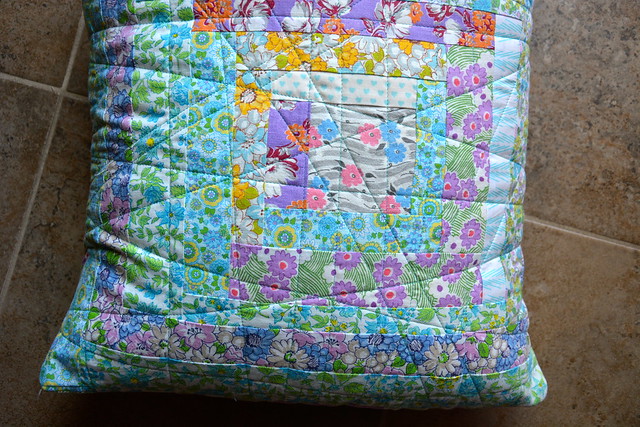 Leah is my family, thanks to Elliott. Her mother recently passed away, and I used some of her mother's treasured fabric stash to make this pillow, a gift for Leah. 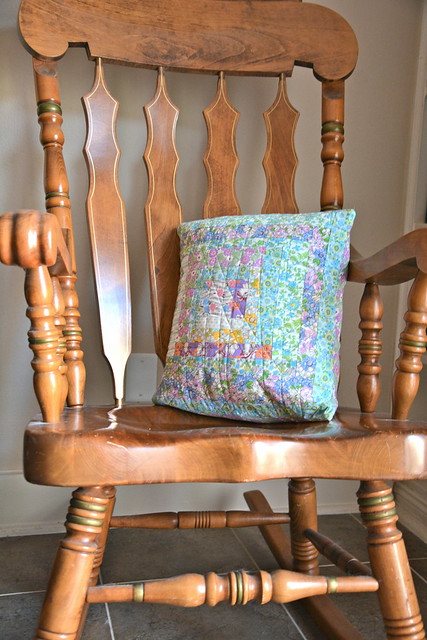 It was heartwarming to make, and Leah could recall many of the garments her mother made with the fabrics I used. That's the amazing thing about sewing, isn't it? It's time travel. You can look at one piece of fabric and recall the past. You might notice that I included two scraps from my stash, which I think work well with the fabrics from Alice. 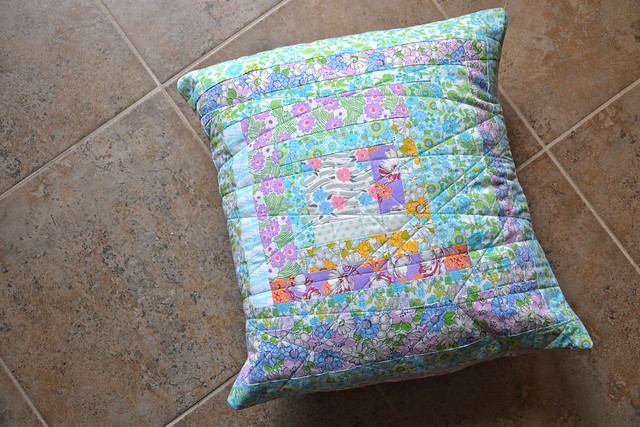 I wish I could have met Alice. She loved to sew and I'm sure we would have had lots to talk about. I have plans to make some more gifts for Leah and her daughters, so they can have little reminders of Alice, always.

As part of our challenge to try three new recipes a month, I'm here today to share the choices we made for February and March. February played out just like January, where we tried six new recipes. March has more family birthdays so we just barely managed three.

-Legacy Lone Star Chili (this was from a local grocery store ad, and was different from my usual chili recipe)

-quinoa stuffed peppers from Skinnytaste cookbook
These were very filling, tasty and healthy. We will make them again.

-Italian pasta bake (this was a new experiment with some leftovers, and I wish I had written it down because it was tasty)

-banana pudding from Homesick Texan Family Table
All I can say is YUM. Homemade pudding is similar to making ice cream custard, so it was easier than anticipated.

-Argentinian flatbread with black bean spread and roasted red peppers
This was amazing! I loved the combination of flavors, and we ate it as a main dish. The dough was similar to my standard pizza dough recipe.

-Chicken Fajitas from Homesick Texan Family Table
A different marinade than we usually use, and it will show up again on our table.

-Pot roast in foil from The Make Ahead Cookbook
This was a different method than I usually use for pot roast, and it was pretty tasty. We really wanted to try it so we had leftover pot roast to use in the next recipe.

-Rigatoni with beef ragu from The make Ahead Cookbook ,br>This was a great use of the leftover pot roast. It's a pretty rich ragu, and very filling.

I'm excited that so far this year, we've tried fifteen new recipes, many of which are from cookbooks I've had for years. It's been a fun exercise!