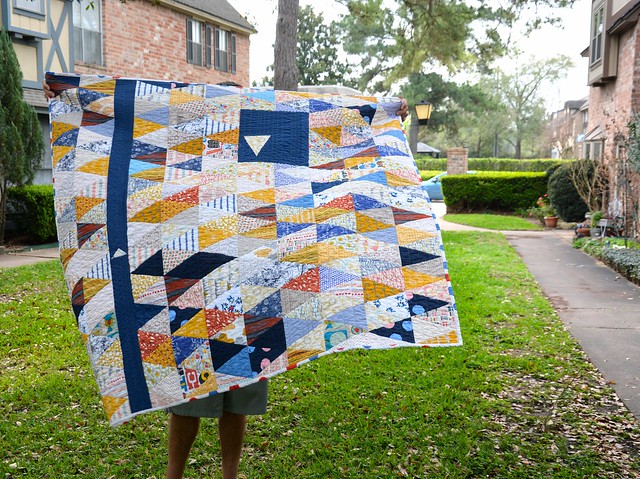 I love how I bragged in this post about how fast I finished the quilt top. And then it sat for over a year before I quilted it.
Whatever. It's done! And now it lives with my nephew! 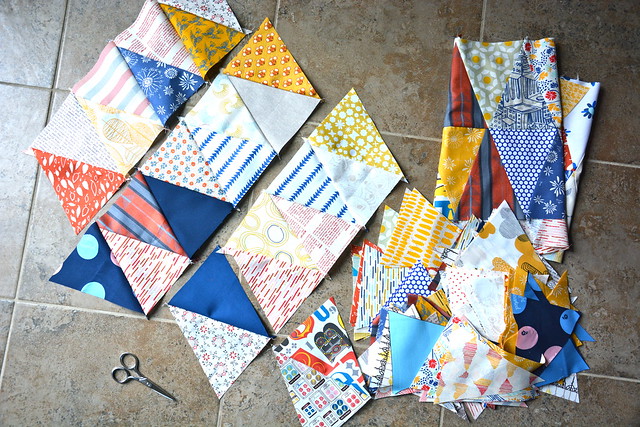 I started with a happy pile of fabric, including Rain Walk prints and lots of other favorites in (mainly) primary colors. I added in a few improv elements, playing on the triangle theme. 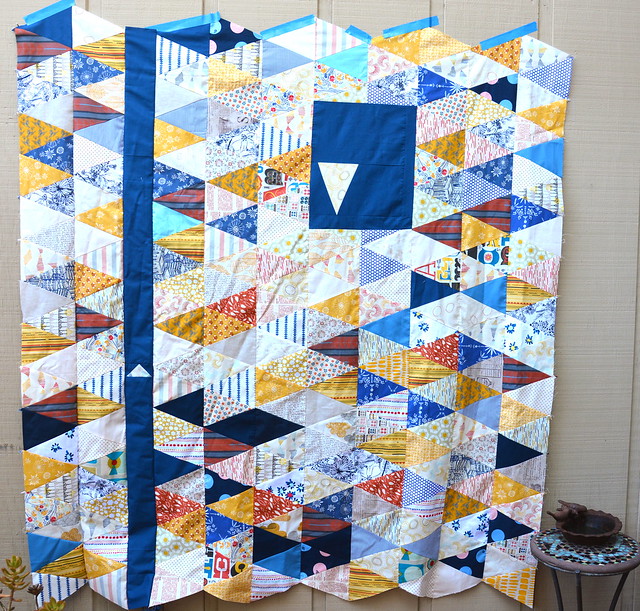 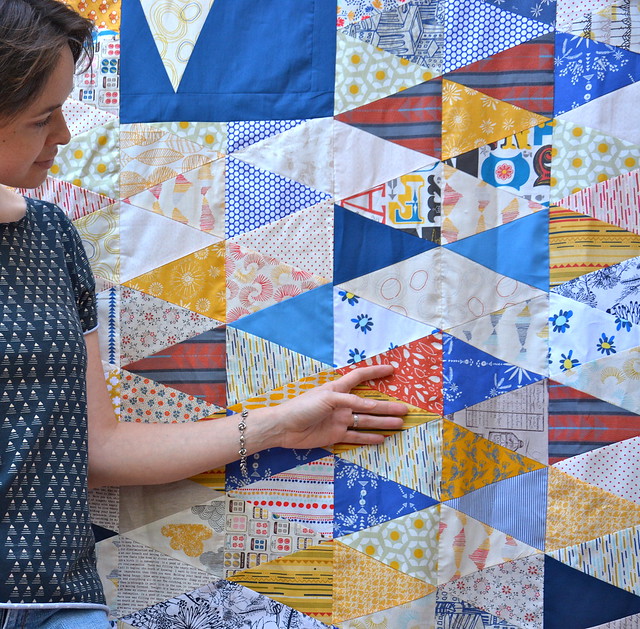 When I started this quilt, my nephew didn't exist yet.

As I finished it up in January, it felt like the perfect choice for him, and my sister agrees. 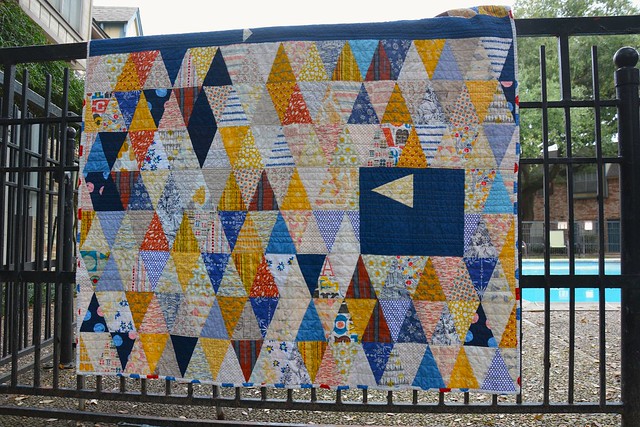 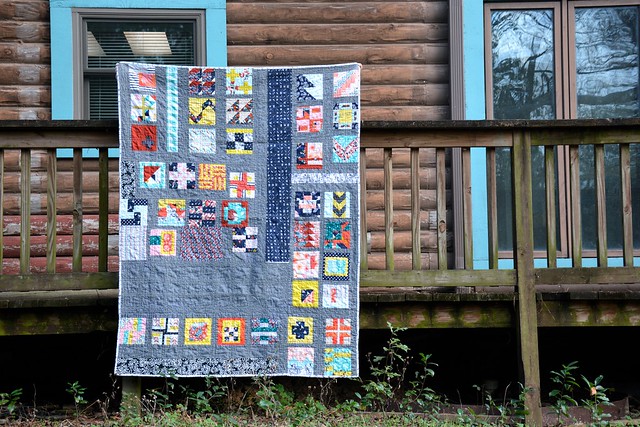 When the 100 Modern Quilt Blocks book was released, I thought it would be a fun introduction to sample quilting. I have wanted to make a Farmer's Wife quilt for years, but thought this would be easier. 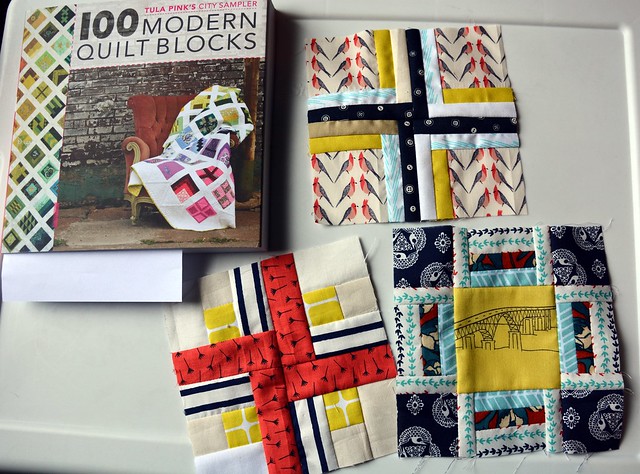 I chose my fabrics at the beginning, but then I would select specific fabrics for a handful of blocks at a time. It was a nice way to make progress sporadically, but often months would go by before I would choose for the next set. Enough time passed that I realized I needed to finish the project, as it was starting to be less enjoyable. There was nothing wrong with the block patterns, I think it was just my personal tastes. And honestly, it might also be due to how many projects I work on at a time.

So, somewhere around 55 blocks, I quit.
Which is okay.
Life is too short for projects that don't bring you joy.

I finished the top at the beginning of 2016 using some Essex yarn-dyed linen in an improvisational fashion. it was really fun to lay the blocks out in groups and I used some strips of fabric from my stash to add interest. I didn't even use all of the blocks in the top (I have a small pile left with an unknown purpose), but it feels good to have it finished and usable. And actually, it's been done since September (or maybe August). 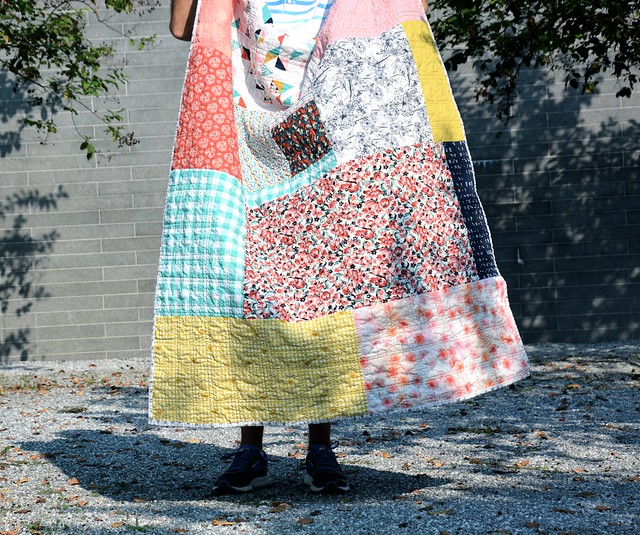 I especially love the back of this one! 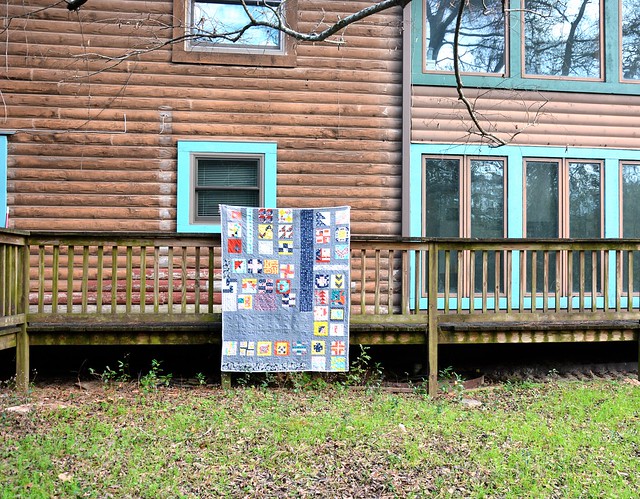 Maybe someday, I will try the Farmer's Wife or another sampler quilt. Who knows?

I was asked to join a new round robin traveling quilt bee, and I am really excited! There are just four other members, and I feel like each quilt will be unique and challenging. It is always fun to work within someone else's vision, and it often makes me consider something I wouldn't normally. 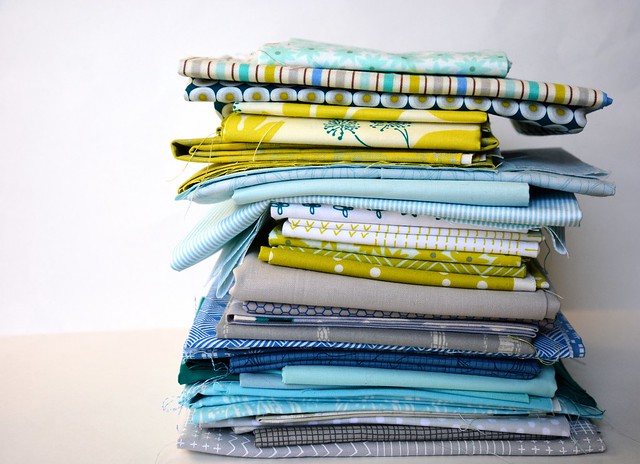 And you know, it is an excuse to start something new! I chose a more subtle palette than I normally do, although it has lovely pops of bright citron! 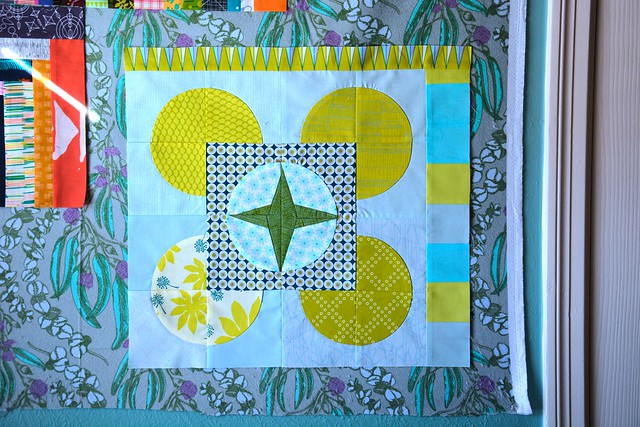 My starting piece was a block from the first issue of Quilt Now, which is a drunkard's path with a star pieced into the center. I really love it, and I added a little asymmetry to it, with some leftover pieced solids and a strip of Dreamin' Vintage. 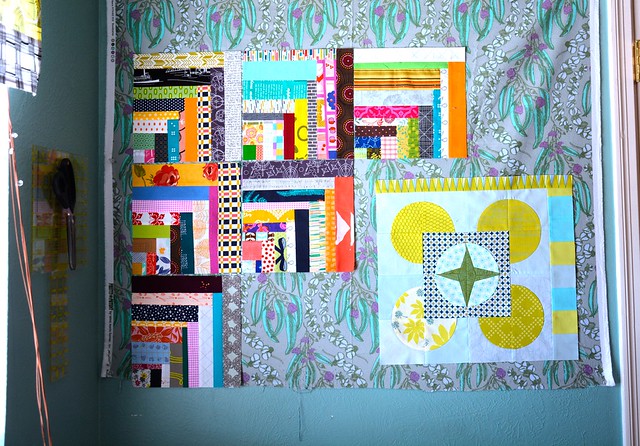 I left it hanging with a batch of quarter log cabin blocks, until it was time to send it off (but those log cabin blocks are still hanging!). I can't wait to see how this quilt evolves!

I was looking through my unblogged projects, and I noticed a few wholecloth pillows from late last year. 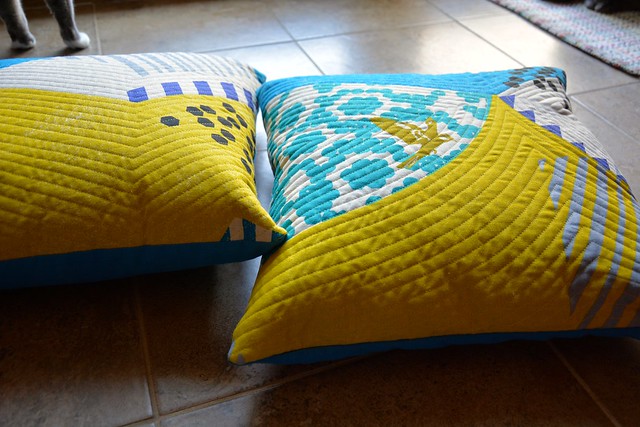 Sometimes, a fabric is just too happy to cut up into patchwork. I made this pair of pillows from a yard of glorious Echino, and I loved quilting along the strong geometric lines of the fabric. 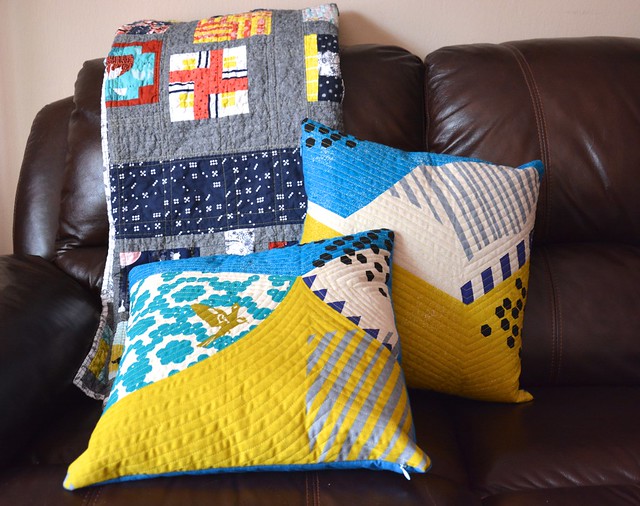 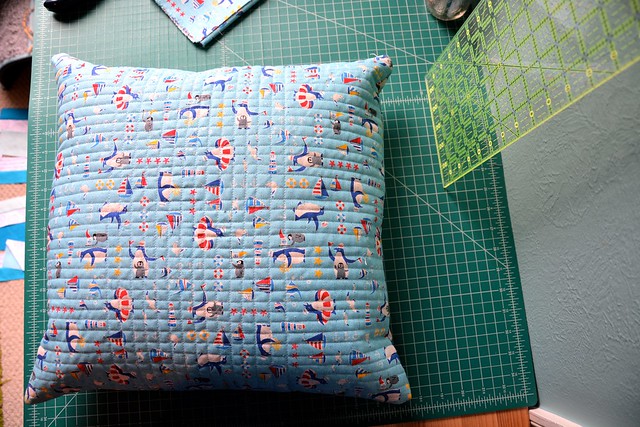 On the other side of the print scale, there was this cute pillow I made for Jeni. This penguin print was just so happy, and I knew Jeni would appreciate it! 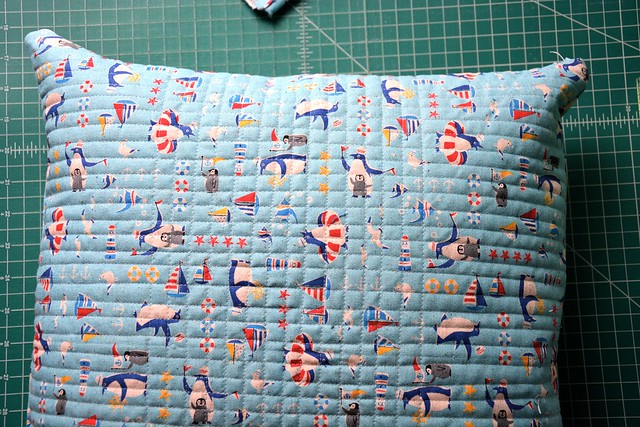 Funnily enough, I quilted both projects with yellow Aurifil (one of my most used thread colors, for sure!).

I'm as big a fan of patchwork pillow as the next crafter, but sometimes it is nice to let the fabric take the lead.