Over the past week, several older projects got a little attention. 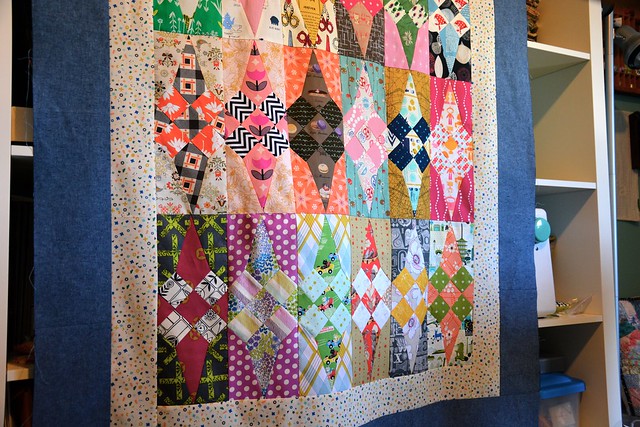 I started making Glitter blocks back in 2015, from Jen Kingwell's book. 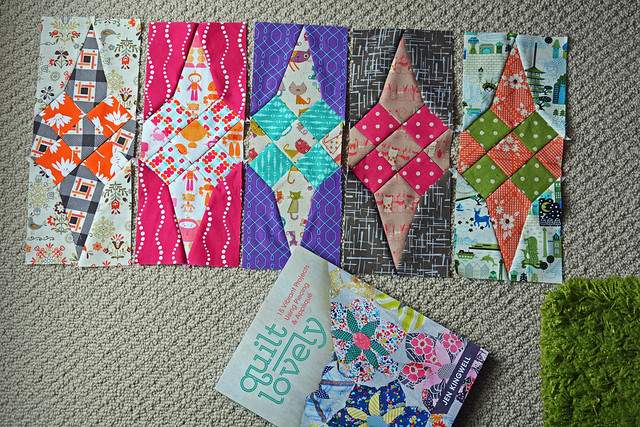 I quickly made a very scrappy pile of blocks, but then put them away and kind of forgot about them. This week, I pulled out the blocks (and finished three that were partially pieced) and debated whether to continue. After some mulling, I pieced them together into three rows, and added a couple of borders. This is where I'm at currently, and it measures 45" x 54". 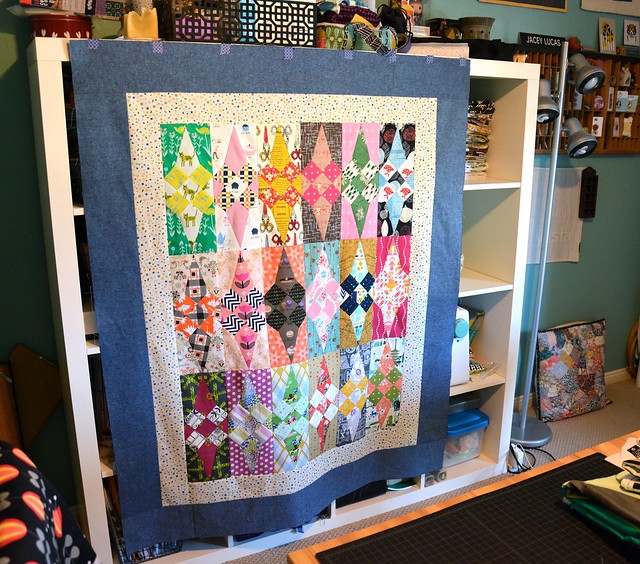 I am still trying to decide how to proceed, but I'd like it to be at least 60" square. My heart is telling me to add a little more scrappiness, so we will see! 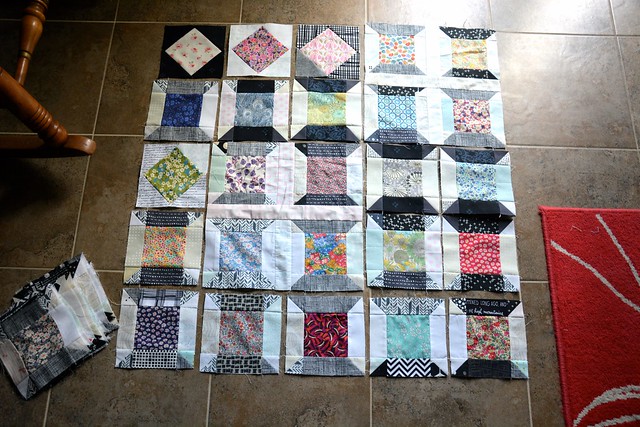 I also worked on my spools quilt, which I don't think I have shared here. I made more spool blocks, and decided to include some economy blocks as well. I've got another pile cut to sew, and then I'll assess where I'm at. This one is a gift, and I expect to finish it before the end of May. 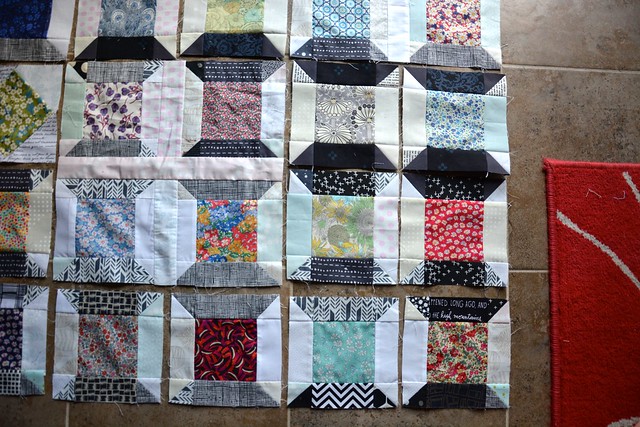 The spool pattern is from Liberty Love.

Finally, the three recipes we tried this month are all from Bon Appetit. Chicken Khao Soi, Miso Slaw (EPIC, we omitted the sugar and I would use less mayo next time) and a roasted chicken with lemon and garlic. Also, FYI, the current issue of Bon Appetit has a Houston feature, which I think is awesome (similarly, if you haven't watched Ugly Delicious on Netflix, do!-episode 4 is Houston/New Orleans based)! I'll be back shortly with an FO post.