I know. Three months of recap? Yikes. Even though I have kept up with the goal of trying three new recipes a month, I have been less than awesome in sharing it with you. So, starting with July...

-Chicken Gyro Salad from Smitten Kitchen
This was tasty and fresh!

-Creamy penne with asparagus and peas from The Make-Ahead Cook
I thought this was pretty tasty, and a nice change of pace (peas aren't something I use often) 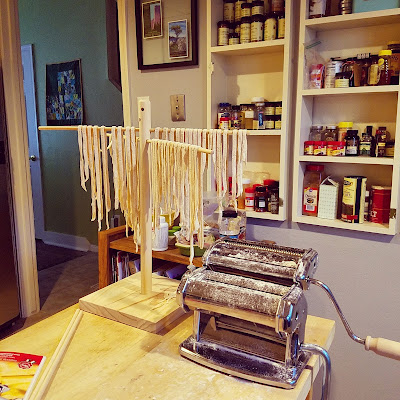 So, after purchasing a pasta maker on sale (and helping my mom make a batch of pasta earlier this year), it was so fun to try it out for myself! It feels like cheating to call it a recipe when it only has two ingredients, but it counts! We are planning to make another batch very soon. 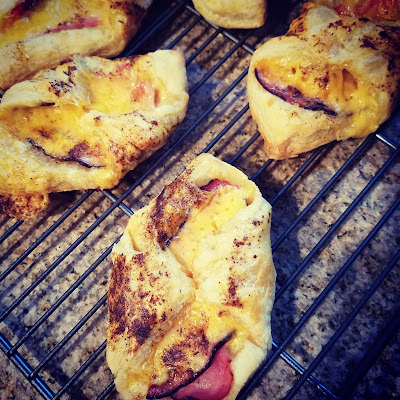 This was the first recipe I tried from this gifted cookbook, and they were a tasty hit at my sister's baby shower. Oh, yeah, did I not mention my sister was pregnant? (Past tense because she had her little boy!)

-Lemongrass Basil Sherbet from Bon Appetit
DUDE. I can't even tell you how amazing this was. It was perfect, and I want it again right. now.

September
-Flat-roasted chicken with baby potatoes from Smitten Kitchen
This was tasty, but it made me realize that I needed a more shallow roasting dish. The potatoes didn't crisp up like they should have. I hope to try this one again with my new pan.

-Coconut beef curry from Bon Appetit
This was tasty, although I would precook the potatoes next time (the curry thickened a little too much because the potatoes needed more cooking time) 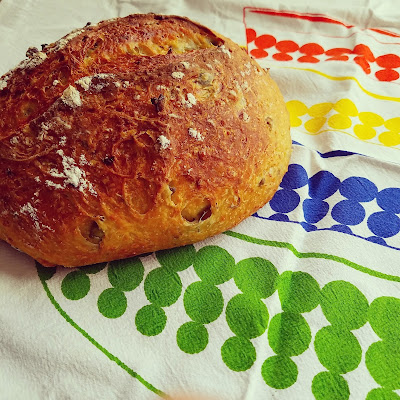 oh yeah. Another big winner. I made the version with olives, parmesan and rosemary. I will say that if you don't like olives very much, you probably won't like it, as it is pretty olive-y. We ate almost nothing but bread until the loaf was gone. I'll make it again, definitely, and I want to make the cranberry orange one soon, too.

Okay, that's it! I hope you find something new to make, or at least some dinner inspiration!